Our latest Soundbites has details of a link-up by Weezer and Ryan Adams, a new track by Soundgarden, and the latest news from Paul McCartney, Tim Burgess and Cast. 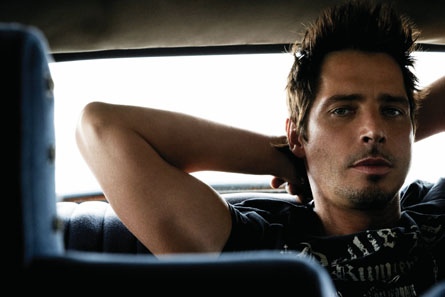 Two of the US most acclaimed acts, Weezer and Ryan Adams, have revealed details of collaboration. The track is set to feature on Weezer’s new record, and frontman Rivers Cuomo gave MTV the latest on their new partnership: “I just wrote a song with Ryan Adams. Not Bryan, Ryan. It’s a very stirring and emotional and powerful Weezer song. He was really inspiring to work with. He has a lot of wild and crazy energy. It’s gonna be on the Weezer record. He plays lead guitar on it, but it will be on the Weezer record, for sure.”

Liverpool’s Cast, led by The La’s bassist John Power, have released details of the first of their UK comeback dates after recently announcing their reunion. Cast will begin the tour at the Manchester Academy on November 26th, before visiting Glasgow’s ABC (27/11), the Liverpool O2 Academy (29/11) and finally the Shepherd’s Bush Empire on December 3rd.

Beatles legend Paul McCartney has spoken of some of the group’s earliest gigs, which were far removed from the atmosphere enjoyed by the Fab Four as they achieved huge worldwide success. “There were dreadful gigs that were memorable. We played a little village near Stroud once, but not a lot of people turned up,” he explained. “A few unruly youths threw pennies at us, so that was kinda miserable, except at the end we decided to pick up the pennies and pocket them, which stopped that practice fairly quickly.”

Freshly reformed band Soundgarden have revealed they will release a new track, their first in 13 years, in September. ‘Black Rain’ is set to feature on the new Guitar Hero: Warriors Of Rock computer game.

The Charlatans’ Tim Burgess has said The Chavs, the supergroup he formed with Carl Barat, Andy Burrows and Jamie Reynolds, could be set for a return sometime in the future. “It was a one-off thing, after a session in the pub,” he told XFM. “It was very spontaneous, we rehearsed for 15 minutes in a cafe. No one knew each other’s songs. I’m living in a flat in Hoxton at the moment and Carl’s in the studio downstairs. So I guess there’s a chance, any time of day really!”