In the latest edition of Soundbites, we take a look at the rumours surrounding a new relationship for Matt Bellamy, as well as the latest news from Coldplay, Kasabian and Gorillaz. There’s also a mention for Bombay Bicycle Club’s new video and what Paul McCartney had to say about a fellow-legend at last weekend’s Isle Of Wight festival. 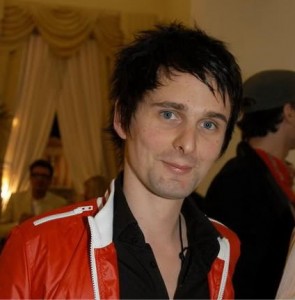 Muse frontman Matt Bellamy is reported to be the new love interest of actress Kate Hudson, with a source being quoted in many publications as saying the pair plan to ‘go public’ when Muse headline the Glastonbury festival at the end of this month. The source claims Kate, who was married to Black Crowes frontman Chris Robinson from 2000-2007, plans to watch Muse’s Saturday night show before indulging in a quick meet-and-greet session afterwards. “Matt has been over to America to hang out with Kate,” claims the source. “But they have done everything they can to avoid being seen together in the early stages of their relationship. Things are going so well Kate is planning to fly to the UK to hang out with Matt at the festival. She wants to watch the band from the side of the stage and meet his pals.”

Coldplay have announced their new album is nearly finished, and claim it has some ‘killer tunes’ on it. Writing on their official blog, the band said: “The songs haven’t assumed their final beautiful form yet but they’re a very long way from their skin and bones phase. What’s impossible not to conclude is that they have some killer tunes.”

Bombay Bicycle Club have released the first video from their upcoming acoustic album. The title track ‘Flaws‘ perfectly captures the mood of the new LP, displaying a different side to the band we first encountered on their debut record last year. The video also features singer Lucy Rose, who partakes in a sort of reversed slant on Romeo & Juliet with Jack Steadman, albeit without quite the same level of attention the Shakespearean couple enjoy. Check it out :

Kasabian have said they would like to return to the Glastonbury festival next year, after experiencing a special gig their in 2009. Frontman Tom Meighan told Bang Showbiz: “Last year was amazing so hopefully we’ll be about next year and play it. I remember the sun going down and I had straw jacket on and long hair blowing everywhere all these flags – it was wonderful.”

While playing his own storming set at this year’s Isle Of Wight event yesterday (13/6), Sir Paul McCartney paid tribute to the late Jimi Hendrix, who performed his own legendary gig at the festival forty years ago. “I was really lucky to know Jimi and hang out with him a bit in the 60s,” he said. “He was a great guy. The biggest tribute we had from him was when we released ‘Sgt. Pepper’ on a Friday. I went to see him on the Sunday and he had learned it. How cool was that for me?”

Gorillaz will release the latest single from their album ‘Plastic Beach’ via a deluxe package on iTunes. ‘Melancholy Hill’ will be released on July 26th and will come with the track’s video and a re-mix by She Is Danger, as well as an alternate version of ‘Stylo’ by Labyrinth.