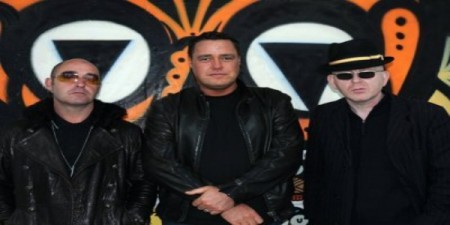 A new year is upon us and an atmosphere of optimism is certainly in the air. No surprise since 2009 was certainly a depressing year for many. While it may have been a year of economic disaster, with the recession weighing heavily on everyone’s minds, for many it was also a year of famine with regards to quality music, with the X-Factor ‘refuse’ still dominating the charts and the apparent demise of live music and raw new talent. Now, with a new year dawning, many look to a brighter future.

With this in mind Matteo Sedazzari from ZANI caught up with Alan McGee to discuss what his plans are for the year, his perspective on nostalgia, technology, ZANI and the future for Britain’s music scene.

ZANI – So tell us about your new projects for 2010

Alan McGee– There is a lot. Let’s talk about Death Disco, Greasy Lips, Too Cool To Young, Svengali and ZANI.

ZANI – OK before we talk about that, how’s this year gone?

Alan McGee – I have developed a real interest in seeing live bands again, and a big interest in established bands, but if I was being incredibly honest, the only bands that I have interest is, the Gallagher’s and Glasvegas. Not being horrible about any other bands, I am just interested in what Noel is doing and what James Allen is doing, and see what Liam comes up with. But other then that, it is really about new bands. Because seeing Agile Beast, Violet May, on my club nights with Jamie Jam and Danny Watson, you hear so much new music, and the same goes with ZANI and Too Cool To Die.

All the kids-no not kids-all the musicians do send me new music and I do listen to it , but there is a filter to what bands I listen to because it vaguely has to come through somebody I vaguely know, either mates or some I respect. But there has to be a filter.

At the moment there seems to be a lot of demand for me to DJ at these new band nights, so I am seeing all the good new talent that is coming through. But Death Disco has always been like that, and Greasy Lips seems to be evolving.

ZANI – For the benefit of our ZANI readers what is the different between Greasy Lips and Death Disco?

Alan McGee – Death Disco is me completely and it has been going seven to eight years. We started off at Notting Hill Arts club, then Metro for a year, then back to our spiritual home of Notting Hills Art club. It is a weird one; because we have seen some many good bands, go through Death Disco, like The Libertines, The Killers, and Kasabian. That is where Oasis saw them the very first time. Oh and Razorlight…who else? Christ I have forgotten who else..? 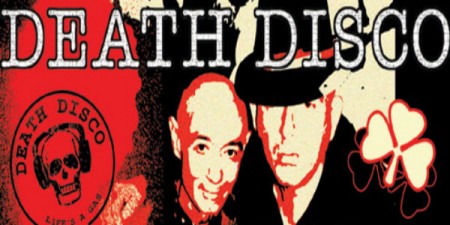 ZANI – Those four names on their own are already really strong.

Alan McGee – Death Disco, has always been the hub of new things coming through and funnily enough, because we changed the policy with that club, we let people in for nothing, and we took a cut of the bar. It changed the dynamics of the club, it become more buzzy, which is good for the clubs. They also come for the DJ-ing, but Danny does that more then me.

I am more with the Jamie Jam nights (Greasy Lips), then the Death Disco nights. Death Disco is great, if you have come all the way from Liverpool or Manchester, you want to play to about 200 to 300 kids, and it is always busy.

On Greasy Lips nights, we’ve have had Agile Beast and Violet May, world class bands, they are both finds from Greasy Lips. I think with the demise of the Indie labels; (with people like me that were in the Indie business) they just aren’t there anymore for these bands. Because it is hard to make it work, but bands still need that leg up. Greasy Lips, Death Disco, Too Cool To Young and ZANI are all leg up’s for bands.

But one way for a band to get noticed is an acknowledgement from a McGee, a Gillespie or an Ian Brown. A rubber stamp, if you like. It’s fucked up, but maybe there has always been that seal of approval.

ZANI – I would say it was more apparent now, no one really gave Madness, The Specials a seal of approval, it just came from hard work, and some good press coverage. We didn’t have Prince Buster say “Check out these new Nutty Boys, Madness.” But maybe with the likes of like you say ZANI and Too Cool To Die, we can help these new bands.

Alan McGee – You are right

ZANI – I thought the year ended on a good note for music, with the Campaign to get Rage Against the Machine for the Christmas number one and not Simon Cowell’s X – Factor shit-all started on Face Book as you know. I didn’t think the campaign would work.

Alan McGee – By the way, Bonehead was staying at the same hotel as Simon Cowell this Christmas, just gutted Bonehead never drown the cunt. I was sad about that Rage Against The Machine thing, not because I don’t like the song; I like it. But with all the things that have gone at the moment in the world, and what are we clubbing together to do? To get Rage Against The Machine at Number one. Rage Against the washing machine, if they can do it for a record, surely we can do for something a bit political?

ZANI – We might see demise of the Me, Myself and I culture, and realize that it can be lonely; and unity is a beautiful thing.

Alan McGee – ZANI has shown that.

ZANI – You think so?

Alan McGee – Yes. With my involvement, Al De Perez, Dean Cavanagh, Tracey Wilmot, Russ Litten, Dave Cairns and Mark Thorpe’s involvement and all the other writers (and with you running it) it is really like the Acid House thing. Everybody is in for the right reasons.

Alan McGee – Nobody is doing ZANI is because they are up to a scam.

ZANI – The great thing about ZANI, is that none of the writers have had journalistic training, it is written from passion, like the old fanzines. It is the Sniffin’ Glue of the internet

Alan McGee – I think in 2010, ZANI will become more about new bands and Mark Thorpe’s last article show that. It needs to do, expand on new music

Alan McGee– Yeah, you’ve got Dave Cairns writing about Modern Art and that is cool. It will evolve, it is part of a culture, and like I said it is a collective thing and people are doing it for the right reasons. Everybody has a part to play in it, and they love what they are doing.

ZANI – I think people want to be artistic, for the right reason, ‘Reality TV’ is on its way out. People aren’t afraid to speak out, and they are doing it on the net. Cyberpunk if you like.

Alan McGee– Totally; and ZANI is one writer away from making it really cool, you need another winger, like in a football game. If you have a character with an opinion, he or she doesn’t have to be right, but as long as they have got an opinion.

ZANI – I agree. Viewpoints are viewpoints. What is your main thing for 2010?

Alan McGee – Being a dad, doing the new bands things but I am really interested in doing films , I am looking into ideas, maybe a new media company with Dean Cavanagh, but I can’t say too much. Based on music, films, and loads of things. But these days, you don’t need an office, just a blackberry.

ZANI – Have you checked out any new authors for this year?

Alan McGee – No I haven’t checked out any new authors, but I am reading Peter Hook’s book on the Hacienda. But I am always reading books.

ZANI – So for you it’s mainly still music?

Alan McGee – The future of music, is ‘New Music’. It’s not about age anymore, you can be forty and have a great tune and you can be fourteen and have a great tune. 2010 is going to be an open book, and I would love to make a movie of Svengali. But I am not shut down to putting out to new talent, and 2009 has been a good year for bands. The major record companies have been shit this year, because they have only been allowed to sign one band this year-because they are fucked for money. And these bands are getting better, and the thing that fucks up these bands is A & R men that don’t have a clue. But interest is and always has been in new music. I don’t know if I will end up in music full time again, but writing for ZANI, Too Cool To Die, The Guardian and DJ-ing, has kept my interests going.

ZANI – Last question, 2010, the World Cup with no Scotland, who are going to be the teams to watch?

ZANI – You are just saying that.

He has good taste.