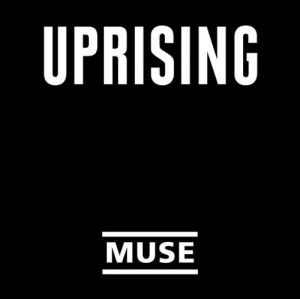 It was difficult to predict where Muse would go next with their sound following the mammoth commercial success of their last album, Black Holes And Revelations. Would they simply keep it safe and repeat themselves, go all avant-garde on us, or perhaps take off in a completely different direction? New single Uprising is a little underwhelming on first listen, but it’s a slow burner. None of the aforementioned deliberations on their sound are realised here on this track, yet it’s significant difference to the previous album taster, United States Of Eurasia, suggests they’ve got more than one idea up their sleeves.

Uprising is a decent effort with a somewhat typical, yet memorable, chorus that will etch itself in your head whether you like it or not. Bouncing along to a rhythm almost identical to Atlas by Battles and laden with Depeche Mode’s Personal Jesus guitar licks, it’s not the most original Muse track, yet they pull it off with some grace. Uprising sounds like its missing something, but it’s at least a bit more daring than a large chunk of their last album which was all a bit too squeaky clean and middle of the road for my liking.