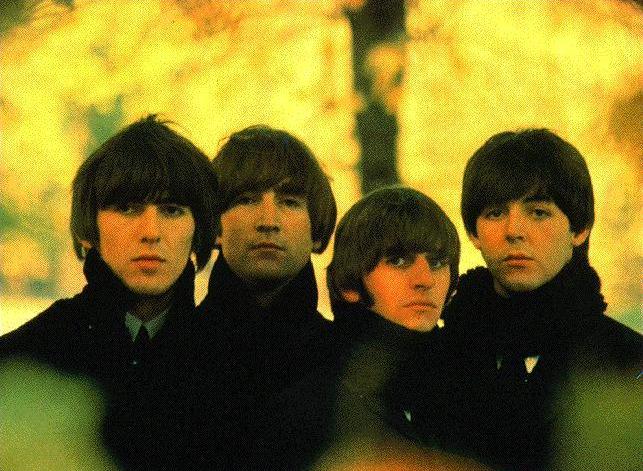 On the 09/09/09 sees the release of every Beatles album being re-released and remastered to bring them up to date. With also the release of Beatles Rock Band it seems like its gonna be a massive affair, especially from a marketing point of view. But the question I ask is, Is it really worth it?

From my understanding Beatles Rock Band, the game, was initially thought up by Dhani Harrison, son of George. Then Harmonix, the makers of the game, very much warmed to the idea and then had to get Yoko Ono, Ringo Starr and Paul McCartney on board. From what I have read this wasn’t easy. With Macca saying the game looked ‘foolish’ and watching the Metallica version said, ‘It needs a better band’, which is how the Beatles version came about.

So we have this new game, which as a huge fan of The Beatles, wasn’t expecting them to actually be on board with. I suppose what it will do is introduce their songs to a new generation that might not be overly familiar with most album tracks. So for that reason alone I like the idea of the game, if it means a 10 year old is gonna get to hear ‘Helter Skelter’ then its an excellent idea in my book.

Coinciding with the release of the game are these remastered versions of all the albums. Now to be fair its been a long time coming to have these albums looked at again and played around with. We had the ‘Love’album, which I know was a Cirque De Soleil piece but gives you a better idea of the potential sound those songs could have. When I first heard that these remasters were being released I had very mixed feelings about it.

Now listen to this remastered version of Helter Skelter….

From a production point of view you can definitely hear that the drums and bass on this track are much punchier. Something that track was missing initially. Its crisper and putting a song like that in full stereo definitely gives it a much fuller sound unlike the original version.

So my issue I dont think is with the actual production. I think with some Beatles tracks they definitely need more up to date production. I am of the opinion that The Beatles were ahead of their time. Writing timeless songs that will seem relevant whatever year you hear them. So why my mixed emotions then towards these releases? Could it be the fact that the two remaining Beatles had nothing to do with them?

Now I know either Beatle is a producer or a mixer first, so I understand that they would not have had a hands on approach anyway. I do think however, that from the beginning of the process, both Ringo and Paul should have been involved in some shape or form. Giving their opinion throughout the process and not just giving the ‘thumbs up’ once they were finally finished.

One thing I do appreciate with the release of these albums is that again it opens The Beatles up to a whole new generation. Everyone knows their famous songs, however old you are. But there are album tracks that are so much better, that not many people would even bother with. I for one are glad that these versions exist, because a younger generation can experience these albums with fresh ears and hopefully will fall in love with them like this writer did.

So are they pointless? I be honest, my initial answer would have been yes. Its too expensive to pay out for albums that I already own, neither Beatle was really involved in the process of them and all they are really is a tie-in to a computer game. But upon reflection I believe these albums will stand up proud again to a whole new generation. I hope that by playing the game, it will bring a new audience to these albums that I as a music fan, love dearly. If a computer game and new versions of these albums can get a 10 year old to listen to and love ‘Helter Skelter’, then why should I complain. I for one will hope my son will want to listen to these albums when he grows up and have that same epiphany his Daddy did.