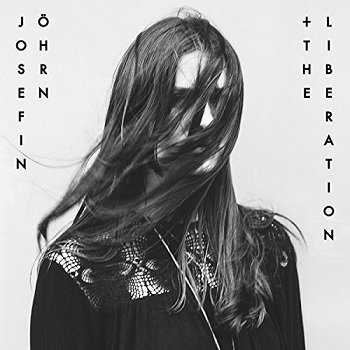 In a world where there’s an increasing amount noise – whether it be media or industry – Sweden’s own Josefin Öhrn seeks freedom from the chaos.

Öhrn opens herself to the maelstrom of effects that isolation brings within modern society, and together with her aptly titled backing band The Liberation she deciphers the hazy static of modern culture, transfiguring it into a coolly focused work on the subtle, but deeply rewarding debut album ‘Horse Dance‘.

The album revs-up for launch with ‘Dunes’ as 8-bit synths survey the icy soundscape like an X-Wing looking Luke Skywalker. “It’s not a matter anymore, it’s not a matter of knowing anymore”, Öhrn’s states as live drums and a viciously strummed rhythm guitar roar in, bringing krautrock pulse and energy into the fold. With a relentless rhythm in the driver’s seat, various instruments as well as Öhrn vocals are allowed to fade in and out of the fray with ease, creating a thrilling scenic journey. Momentum reaches fever pitch with a driving high-hat rhythm as synths whir back to place, bookending the track as it started.

The drifting ‘Green Blue Fields’ similarly weaves in subtle flourishes, this time juxtaposing spry wavering guitar lines against a sneakily shuffling disco gallop. Both of these compositions highlight the group’s knack for concise and tactful arrangements.

Öhrn sings with a whispered hush throughout most the album, but it’s clear her voice isn’t the focus here. Her vision is. Her band mates admirably give the material a vibrancy by adding various sonic textures and dynamics, the elegiac Scandinavian influenced ‘You Have Arrived’ a spooky elegy that twitches to life with a deep sub heartbeat and broken trinket synths. Results aren’t as promising on the album’s title-track though, as Öhrn mumbles over cluttered and an overly elongated jam. Album closer ‘Talk’ by contrast tugs in the listener with a hitch bass line before oscillating into a cosmic wonder, Öhrn’s delivery marvelously alluring as her voice mysteriously and playfully pirouettes through the sly rhythmic grooves

‘Sanity’ and the definitive ‘Take Me Beyond’ see a shift in Öhrn’s approach; both are minimal and relaxed as the production opts for an undulating undercurrent instead of relying on the whirlpool pull of sonic textures that characterize some the album’s weaker material. The Edison-lit guitar prickles illuminate the rhythmic pounce of the former, while the airy breeze of the latter soothes and refreshes as guitars peer and glimmer underneath Öhrn’s celestial vocals.

The tribal jungle beat of ‘Sunny Afternoon’ will rightfully draw comparisons to fellow Swedish artist Lykke Li; here, Öhrn gives us an unusually harrowing vocal performance that is equally part Nico and part Florence Welch. The driving fuzz bass acts as a foundation, while ticking guitars and hammering pianos poke the pace along.

At its highest points ‘Horse Dance’ is a remarkably daring and distinctive debut album. Öhrn’s artistic vision is pristine and The Liberation’s execution well delivered. There are moments when the band tend to aimlessly wander through their whims, but for the most part this record is a model work in the beauty of subtlety.

It’s an album you can drift in and out of, yet deserves full attention and patience.